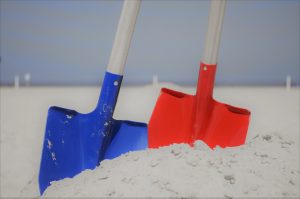 Everything around the coast, will not always be a beach, especially around the edge of the UK, and especially on the Yorkshire coast. Consequently frolicking on the sand is a big attraction on the Filey coast. As luck would have it, there is a lot of sand along the Yorkshire coastline. No question, it will be packed, all summer long. Childhood memories of Grand dad wearing his knotted hanky lounging in the sun come flooding back. Playing games, building sand castles and playing in the sea as a child connects us to happy times at the beach. Besides being the best place for a healthy and revitalizing break, getting off the sand and into the water can be of benefit too.

Best beach lists are only a guide

After researching several “Best UK Beach” lists, I don't take them all that serious, or view them as any kind of authority on beaches. I take them with a pinch of salt because many lists of the top beaches are devoid of some of the best beaches in the UK. For example, Yorkshire beaches, some of the best stretches of sand around the UK coastline are not featured on some lists, yet they are mentioned on other's, which confirms what I have suspected for a long time, when deciding which are the best beaches in the UK, it's all about personal choice.

Which means pretty much all those lists are nothing more than just a compilation of places visited by whoever submitted them. Sounds pretty obvious but makes a fairly true statement.

Many beaches get on the list because it's warmer for longer throughout the year in that area, that has to be a poor reason to merit a beach on that alone, of course there has to be more reasons than one but not including others which are equally as good or better is misleading. Other reasons a beach gets a good account are a lot fairer, for example good sand and plenty of it, after all, that's a pretty good reason to head for the beach. It is for the kids anyway, sunshine or no sunshine.


Warning: count(): Parameter must be an array or an object that implements Countable in /homepages/15/d192991697/htdocs/clickandbuilds/OutUnderTheSun/wp-content/plugins/tides-today-uk-ireland-tide-times/vendor/guzzlehttp/guzzle/src/Handler/CurlFactory.php on line 67

Copyright 2020 © Tides Today. By using this data, you are agreeing to the Terms and Conditions